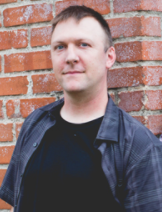 A little About Philip

The story of pip (Philip Ian Parker). I was born in Baltimore Maryland Ma17, 1984. I spent my first 3 years and a bout of chicken pox in Glenn Burnie MD. From 1987 to 1994 I grew up bouncing between Frankfurt and Augsburg Germany. Finally finished my growing period in Laurel Maryland from 1994 to 2006. From 2006 to 2017 I was a soldier in the United States Army.

During my service in the Army, I served tours in the state of Georgia, South Korea, Washington state, and Afghanistan. In November of 2017, I left the Army and settled in Manchester New Hampshire to start the next chapter of my story with the love of my life, Rickki Redmon. Who knows what will happen next..